What's TouchWiz? What Does? 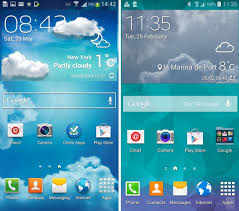 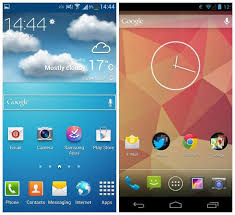 TouchWiz Nature UX, is the interface used in the Samsung Galaxy S III model. TouchWiz interface, which is the highest level ever developed by Samsung Nature also carries traces of Samsung's new design concept. Advanced privatized options, this interface using the most optimal performance and system resources, it can be said the most widely used interface in the smartphone market.

Such that many Android manufacturers using a unique interface of Samsung mobile. Samsung Galaxy S3 TouchWiz used, ugly look criticized by a substantial part of the grounds. In addition, Samsung's Galaxy S3 is not only the changes made on the Android interface. 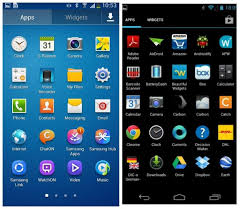 If you do not like the Galaxy S3 interface, it is possible to get rid of it by installing a ROM like CyanogenMod. However you do it, it means that you will remain deprived of some useful function. Here are just a few reasons to continue using the Samsung Galaxy S3 to the original ROM:

Gesture control: Samsung is able to offer a variety of interesting control methods through touch screens and sensors. For example, when looking at a person's name in the address book, the phone can call him just taking your ear.

Other examples include sliding your hand to take screenshot on the screen, pictures to have motion zooms away. Settings> You can move under these settings.

Fonts, Smart Stay and Smart Rotation: to understand that you are using your phone looking at it you can make you a little nervous. But your screen with this feature called Smart Stay, you can not stop to turn off automatically while using it. The Smart Rotation for example phone screen automatically when you use the return side lying in your bed (or the re-opening function when you stand up) makes. 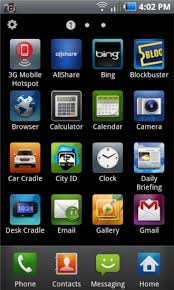 Samsung, allowing you to select the font used in the Android interface.

Power efficiency mode: a group setting offered by this mode, you can open and close in bulk, you can provide some more endurance of the device's battery. Thus, the third party for saving battery does not stay very much need your contact application.

Multi-window control: the function may not be able to divide the Samsung's screen work for you, maybe that will help you greatly. However, we think a great many places and ways. The functions of the display can show two applications simultaneously. Long press to open the side panel of the Back key, drag it to the top or bottom of the screen of an application from the drop down panel. That's it.

Only software that you completely turn off this functionality found in the current Galaxy S3 is also possible.
Gönderen mrc zaman: 20:06:00